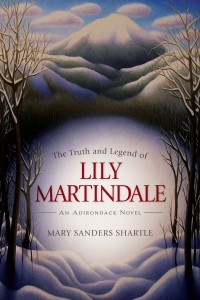 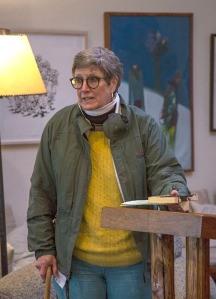 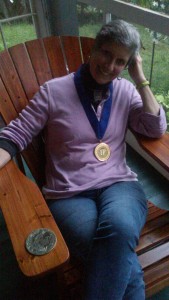 *RECIPIENT OF THE IPPY (INDEPENDENT PUBLISHERS)

Also ask at your local library!

THE TRUTH AND LEGEND OF LILY MARTINDALE: AN ADIRONDACK NOVEL,

When a successful New Yorker returns to her birthplace in the Adirondack Mountains to escape her publicly tragic life, she begins to find peace for the first time since she was five years old. Hired as a caretaker for an Adirondack Great Camp, she spends over ten years living alone. But Lily Martindale’s days as a recluse are plagued by a secret which aggravates her fragile state of mind. On a winter day in the 1990s, deep in the mountains, she opens fire on a military flyover. Lily, once again, is a person of interest in the press, to the public, and now to the FBI—not an enviable position for a hermit. The Adirondack hamlet of Winslow Station is transformed by the unexpected return of its solitary prodigal child. She is driven to confront her own isolation, years of sadness, and her deteriorating health. She also finds something, and someone, she never expected to see again.

“Mary Sanders Shartle has created an unforgettable character in her female hermit, subtly evoking the diverse moods of our North Country seasons along the way. This well-paced first novel kept me riveted from the poetic opening paragraphs to the unexpected conclusion. The Truth and Legend of Lily Martindale has all the makings of an Adirondack classic.” — Bibi Wein, author of The Way Home: A Wilderness Journey

“What to make of Lily Martindale? In this poignant tale of a woman whose heart remains, for both better and worse, in an idyllic Adirondack childhood while she is buffeted by the storms of adolescence and adulthood, Mary Sanders Shartle has given us a deeply moving and penetrating portrait of human memory, longings, and motivations. Shartle’s thorough knowledge of Adirondack social, political, architectural, and natural history allows her to paint a convincing picture of diverse people, their environments, and their interactions, from the ‘Great Camp’ set to natives of remote northern pockets of the park. Will Lily ever retrieve the love and happiness she knew as a child? Perhaps only a raven knows for sure.” — Neal Burdick, coeditor of The Adirondack Reader: Four Centuries of Adirondack Writing, 3rd Edition

Also check out the “Readings” page on this website for  dates.